How to understand and describe multiple comparisons 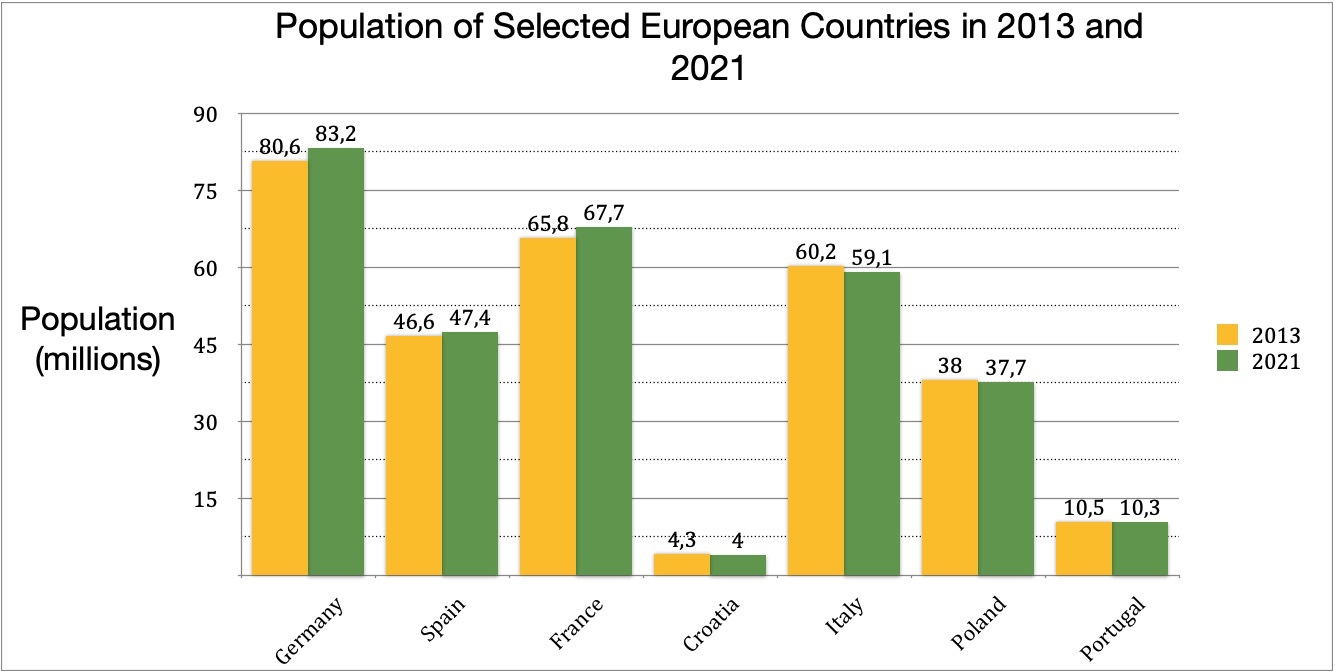 In general, when describing a chart of this type, you should describe the most important change first. Then you can compare individual items (in this case, countries).

The most important information on this chart is that in Germany, Spain and France, the population increased from 2013 to 2021, whereas in all the others the population decreased.

It is important to mention any exceptions to the changes you describe. In this case, the you could point out that of the four largest countries, Italy was the only one where the population decreased in this period.

To write a short description of this bar chart ask yourself (and answer!) the following questions:

Answering these questions will help you to write a short description of this simple column chart. For example:

You can see that where there is a change over time, you need to use some of the vocabulary used to describe line graphs (rose, increased, decreased, etc).

For comparing and contrasting, you need the vocabulary of comparison